We are introducing a new series to the blog, containing all about bootloaders for small ARM Cortex-M microcontrollers. I hope you like it.

What is a bootloader?

A bootloader is a piece of firmware that takes care of booting the target application, as well as providing a mechanism to update the firmware on the field, where you don’t have the means to flash the device using more advanced hardware interfaces such as JTAG, SWD or ICSP.

Ok, that makes sense, there must be generic bootloaders that I can use for my application right out of the box, right?

While there are many open source implementations of bootloaders for many microcontroller families, it might make sense to roll out your own bootloader. Think about the following reasons:

As you can see, a custom-tailored bootloader is very common for small microcontrollers where Flash space is limited and switching from one microcontroller to another raises different concerns in terms of security, booting process and firmware integrity.

Requirements for our bootloader

This post will deal with the basics of building a custom bootloader for an STM32F7 microcontroller. These are the specs for the bootloader: 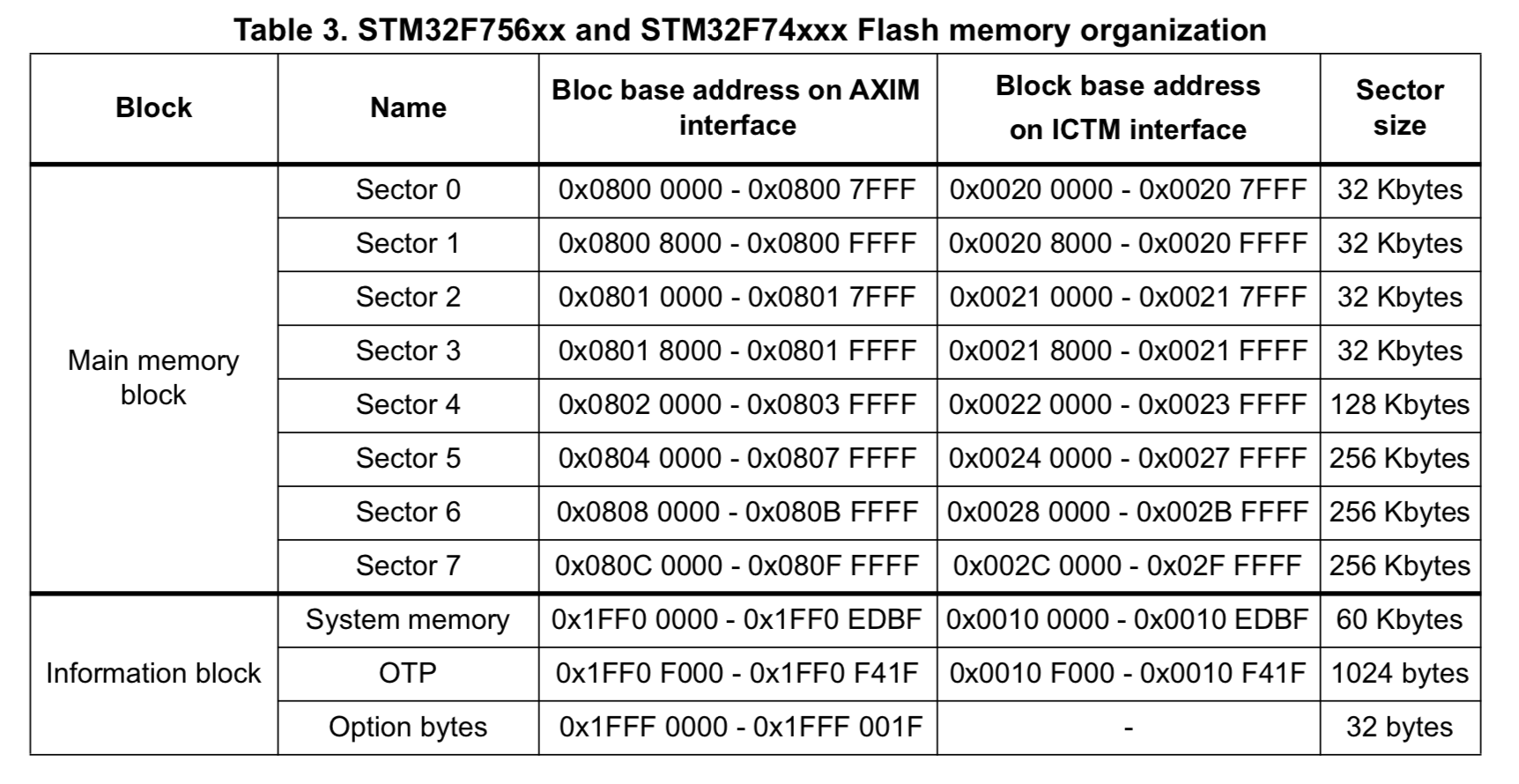 With 32 kB of code available to the bootloader, we should have a good base for extending the bootloader with more impressive features in the future.

Regarding the first requirement, we can’t use less than 32 kB, since to program a sector it must be first erased as a whole. Loading an application into the sector shared with the bootloader will erase the bootloader. We might get around this by copying the bootloader to SRAM on boot, but then we are limiting the available memory for SRAM Applications and potentially risking bricking the board if the power is cut during the update of the bootloader sector. Since we don’t want to run the risk of bricking the microcontroller, we can just protect sector 0.

I have distributed the bootloader series in a few posts that will cover the complete process of developing a bootloader and the requirements of applications that can be loaded using the bootloader. This is what you can expect to see on the next posts:

This is all for now. If you think you might learn something new from this project, stay tuned for the next installment of the bootloader series.

Footnote: You can check the complete bootloader here, but I think you will find more enticing getting a complete description of the design and the development of the bootloader.